WARNING: The bend test ist one of the many test, a lot of people know about but only a few know why it is done. If you perform this test, you want to check if two sides of the card were glued together. If so, you will get crease lines on the side which was inner during the test. This test is mostly done to identify rebacks and it should only be performed on cards you ultimately want to confirm as rebacks. If it is done the wrong way you might damage a real card permanently. So better back of doing it until you know what and why you are doing it.

Never ever perform this test on foils, it will break them and it is mostly useless on newer cards as well.

The bend test is performed like shown below, original cards should flip pack into their original position but most counterfeits do the same these days due to proper paper used which includes the same graphite layer as the original cards.

This is how a reback looks after the bend test: 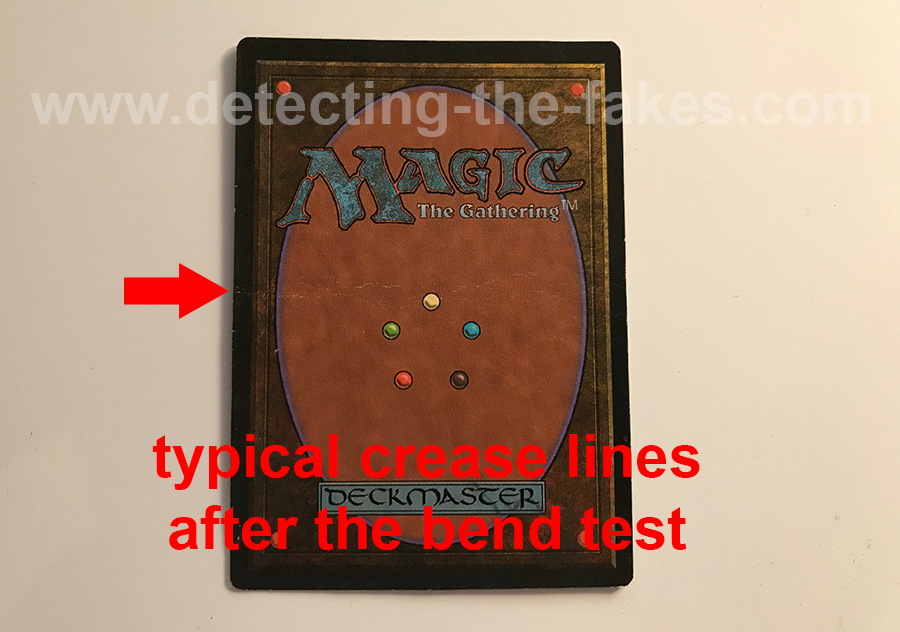