Rebacks can be mostly found in the field of Beta cards. Basicly rebacking is the process of tearing of the back of an reprint CE/IE card and glue it to an original magic back. The tear down is mostly done with sand paper. Rebacks are hard to spot if you are not 100% aware of them, the problem is that CE/IE was printed using the same films as the original beta and therefore has the exact same front face as original beta cards, including the rosette pattern and coloring. There is nearly no visible differences. 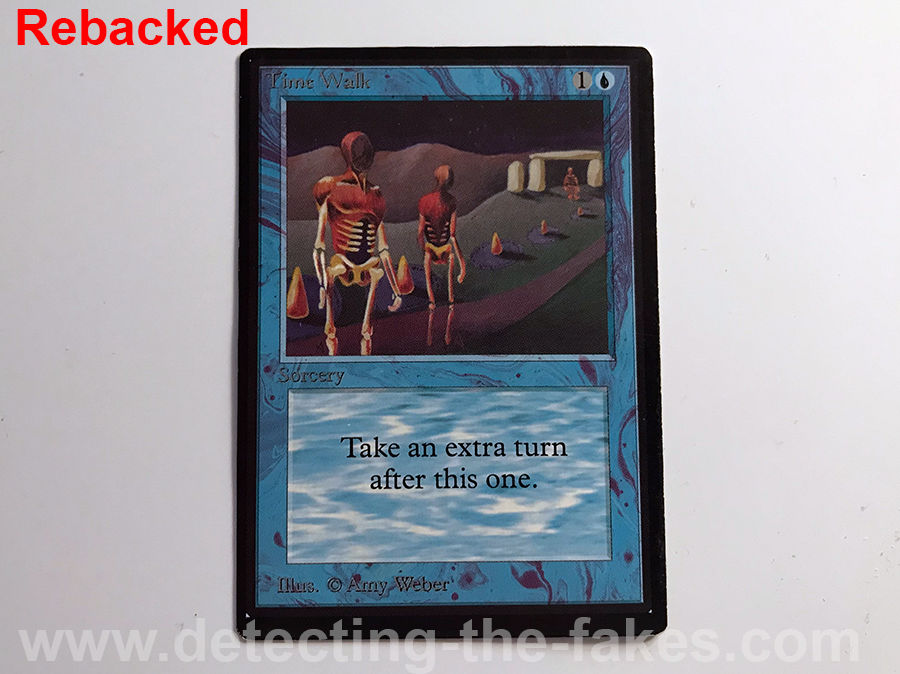 For some CE/IE cards (like Black Lotus or Mox Sapphire) you can identify them by the alignment of the Manacost inside the circle, but this is something which requires possibilities for comparison.

A test which works due to the damaged graphite layer during the gluing process is the bend test. The side which is inner during the test will start to show crease afterwards as shown below. But it is NOT recommended to do this test on high value cards at all. 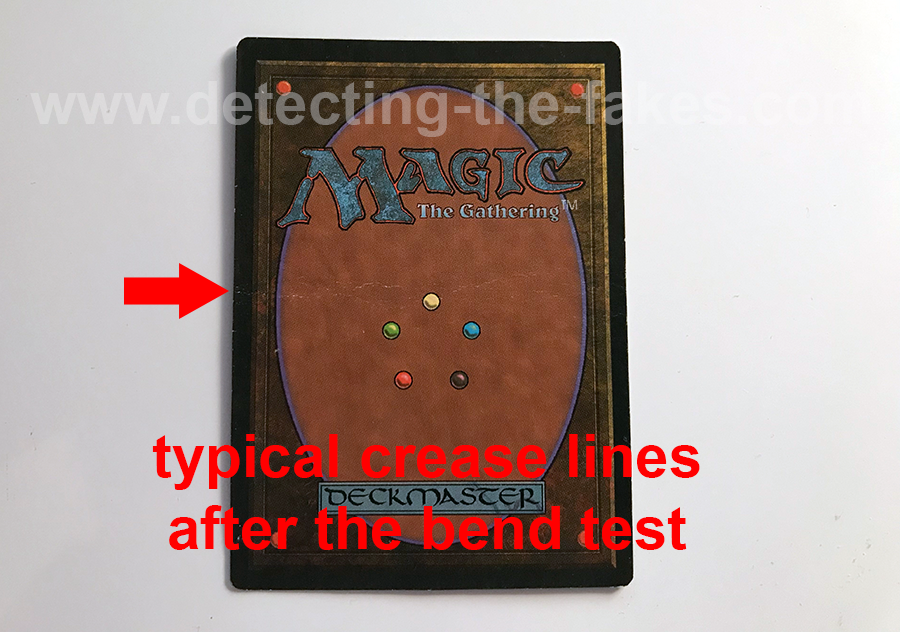 A second test which could be done is testing the weight of the card as shown below. An original card from beta should have 1.72g to 1.74g, this reback has much more and is most likely fake. 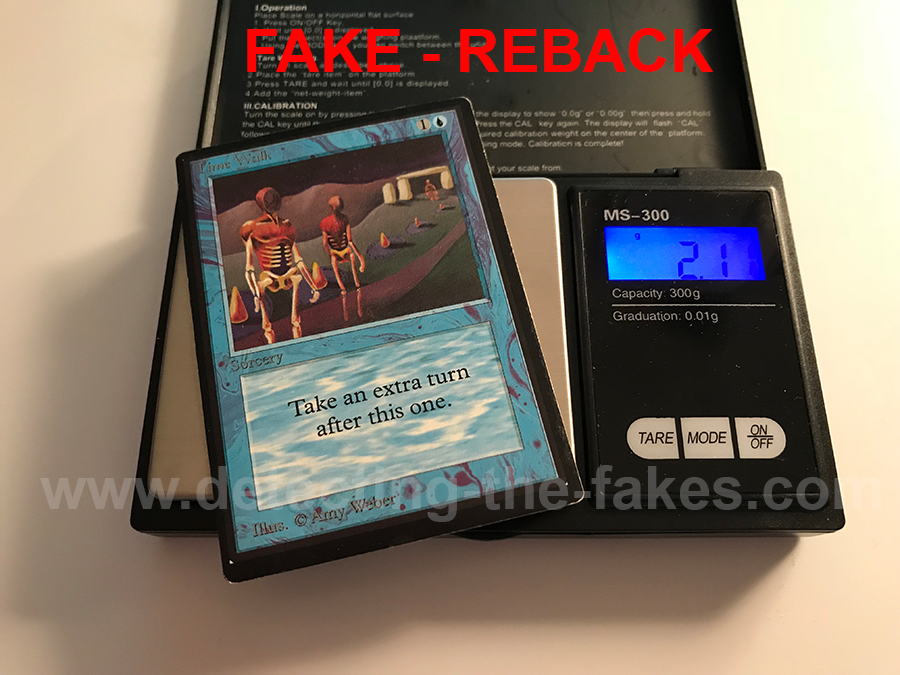