There is also a huge difference in the foiling process of modern era cards. Cards printed in the EU look different to cards printed in the US. The american foiling is much more vivid and people quite often think cards which look and feel different are fake, but this is wrong. Just a difference in the shinniness of a card is not an Indicator for a fake card. The european versions look dull while the american ones are rather shinny.

Yes, things changed in the last year – there is a flood of foil fakes and counterfeits cards with foil stamps from china now. Here are some examples how the cards look like. The foil stamps seem to be some sort of very thin stickers which are applied after printing and are mostly miscut, but this is something what is easy to correct. You can’t really feal that they are stickers, but with some force it is possible to scratch them of. Nothing you should try at all since it would damage real cards aswell to try it to violently. 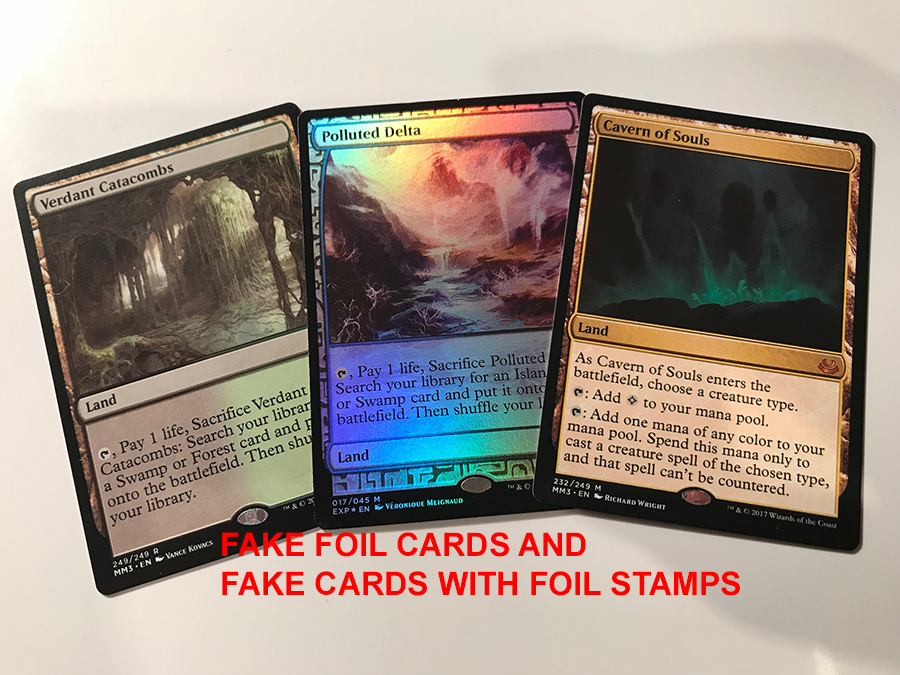 Interesting enough is that they are not badly foiled at all and contain the proper planeswalker symbols and mana icons. The cards have mixed quality but put especially new players at high risk. I don’t expect the cards be miscut like that all the way in the future. 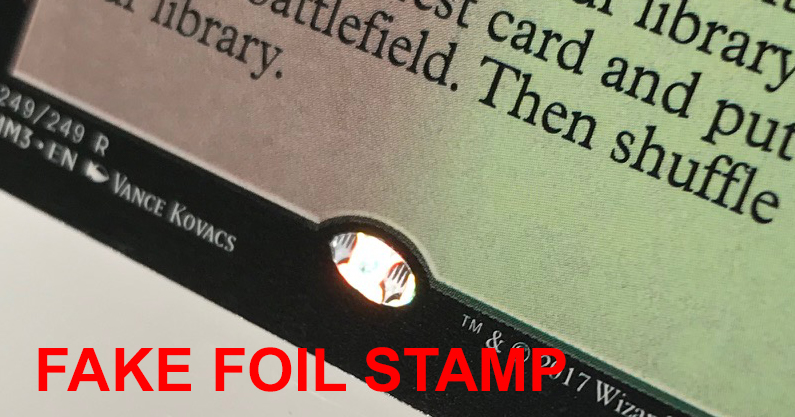